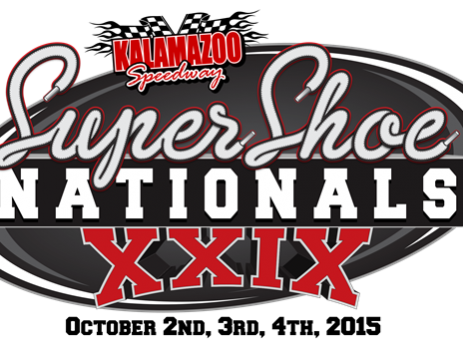 Break-Out Rule for 2015: Again this year your official qualifying time will be your time for the entire weekend. You cannot reset your time in subsequent races. There will be ABSOLUTELY ZERO exceptions to this rule! Furthermore, you can still elect to start any race on the tail as always but it WILL NOT erase your time. Every car in every race will be subject to breaking out. If you are black flagged for breaking out in a heat race, you will be done for that race. In a Last Chance race or feature if you are black flagged for breaking out you may come in the pits and rejoin at the tail of the field, once an official waves you out. New for 2015 – each race will have an “instant disqualified time”, which will be the breakout time of the fastest car in that race. If any car (even once) runs faster than that time, they will be disqualified from that race immediately.

NEW FOR 2015 – Jason’s Toilet Bowl Race: On Sunday, after the ‘A’ Last Chance race there will be a five minute break before the inaugural Super Shoe “Toilet Bowl Race”. Any V8 car that is not in a feature will be eligible. After the five minute break it will be announced that any V8 car wanting to participate in the toilet bowl race should make their way on to the racetrack. At that time participants should pull onto the track after being waved out by an official and begin circling the track. Once it appears all cars are on the track a random child from the grandstands will draw a pill to determine the pole sitter of the race. The officials will let the pole sitter know and at that point the rest of the field should double up behind the front row for the start. The race will run for twenty laps and the winner will receive: a one of a kind trophy, a three day pit pass for Super Shoe 2016 and their existing camping spot reserved for 2016.

Officials working on cars: Kalamazoo Speedway officials will NOT pull any fenders or work on cars in any way while on the racetrack. If you have something on your car that needs attending to, pull into the pits and go to your pit stall. Do not block the chutes or you may be disqualified from the event.

Multiple Cars: If a driver chooses to race more than one car in the same division the cars must have different numbers. Also, the driver needs to come to the tower and discuss with the race director the practice procedure for multiple cars. If the same driver has multiple cars in the same event only one car will start.

Practice Groups: If you are caught practicing outside of your group number you will be cut to one lap of qualifying.

Driver & Crew Conduct: From Thursday until Sunday drivers are responsible for the actions of their pit crews. This includes on the track, in the pits and anywhere on the speedway grounds.

Friday night’s qualifying order for the Super Shoe will be determined as follows: The groups will qualify in reverse order of the speeds of the fastest car in each group during Practice #2.

After Late Arrival Qualifying on Saturday, the Super Shoe field will be split into four equal groups. If it cannot be split evenly, the extra cars will go into the higher classes. For example with 202 cars there would be 51 in the ‘A’ and ‘B’ groups and 50 in the ‘C’ and ‘D’ groups. If there are 176 cars or less then the top 20 cars from each group will be locked into their respective features with the remaining cars being fully inverted for one last chance race. Four cars will transfer from the last chance races and will start 21-24 in their feature. If there are 177 cars or more then the top 16 from each group will then be locked into their respective features. The remaining cars will then be split into odd and even last chance races with the field being totally inverted. Four cars will transfer from each last chance race and will start 17-24 in their feature.

Keep track of the lineup boards all weekend long. There is a board in the lower pits, upper pits and third pits. Make sure you are in the infield make ready chute the race before yours. So if you are parked in the upper or third pit you need to cross the track when the race two races before yours concludes.