Phil Bozell Wins on an Emotional Night @ the Zoo 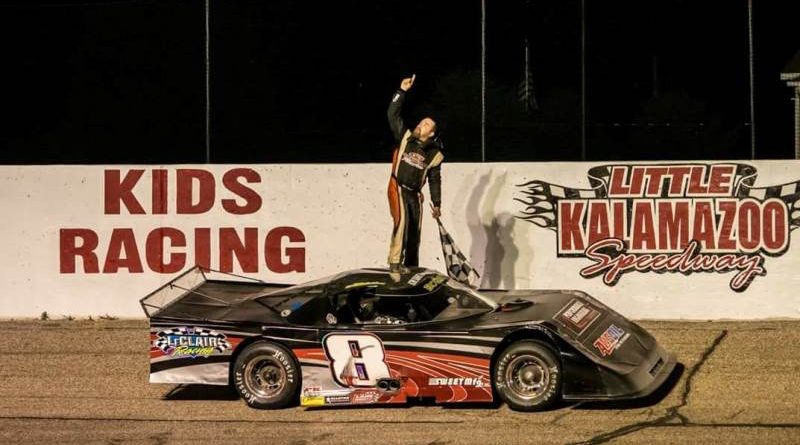 Phil Bozell Wins on an Emotional Night @ the Zoo

In the regular feature, John Long picked up his second win in just his second start of the season, holding off AJ Foote in the closing laps.  Kenny Head finished third beating out Trammell and his brother, Buddy Head.  Holt led the second half of the top ten over Dylan Stovall, Mike Williams, Phil Bozell and Hunderman.  Notable finishers in the second feature included Jansen (12th) and Dykstra (16th).  Foote now leads the standings over Kenny Head (-14), Buddy Head (-24), Dykstra (-123) and Lane Head (-127).

Fast qualifier Brandon Zachary started deep in the pack in the thirty-three lap Street Stock feature, but methodically worked his way to the front and held off Greg Brown on multiple late race restarts to pick up the victory.  Rob Hardy finished third ahead of Barry Jenkins and Keith Wilfong.  Defending champion Zack Cook led the second half of the top ten over Todd Hall, Andy Rutherford, Brad Hall and Doug Gallandt.  Notable finishers included Shane Miller in 14th and Kyle Ribble in 17th.  Brown now leads the points by just 14 markers over Wilfong with Cook (-27), Miller (-72) and Ribble (-118) rounding out the top five.

This Friday, June 22 fans will be treated to “Howe Patio Plus Double Feature Night”.  It will be the only night all season where all five classes will run double features.  The Outlaw Super Late Models will run two-25 lap features each paying $550 to win and $150 to start.  Also in action will be the Late Model Sportsman, Street Stocks, Outlaw FWDs and Zoo Stocks.

Kalamazoo Speedway is the place to be in 2018 for fast, clean, family fun! Kalamazoo Speedway plays host to some of the best entertainment events in the state and welcomes corporate and family groups to our private decks and suites. Call 269-692-2423 Monday through Friday to learn more or visit www.kalamazoospeedway.com.