May Madness at the Zoo Kicks Off!! 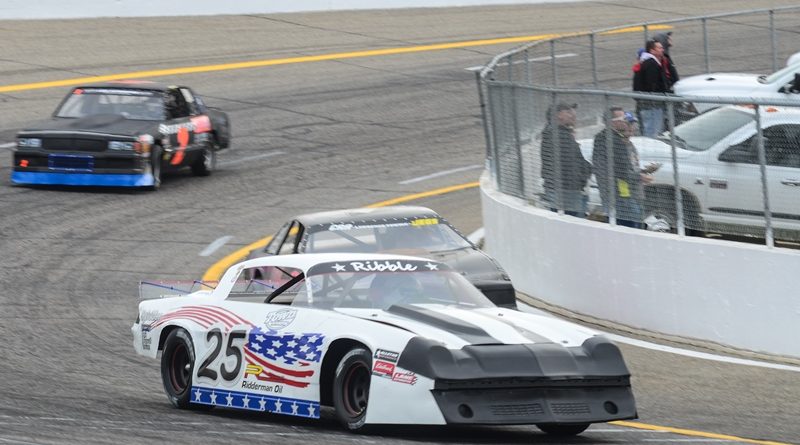 May Madness at the Zoo Kicks Off!!

The night kicked off with the 35 lap Street Stock make up feature from last week with 19 cars. John Chapman took off with an early lead, until the caution came out for a car spinning in turn 3. Greg Brown took over the lead after going back to green, but just for a handful of laps before being passed by Zack Cook. He went on to hold the lead through several restarts and take home the win. Cook was followed by Greg Brown, John Chapman, Keith Wilfong and Danny Oxford.

The unpredictable Zoo Stocks rolled out for the first regular feature of the night. Cody Day took the lead after starting on the outside pole. After four lead changes, two cautions and the leader, Tod Watson breaking out of his qualifying time, Curtis Towne found himself in victory lane. Towne made his way from a last row starting position to take home his win. He was followed by Billy Edwards, Collin Bozell and Nick Failing.

The Outlaw Front Wheel Drive division started off their feature with 22 cars. Rookie driver Brandon Sweat took advantage of the slow start and made his way from 16th starting position to lead the first few laps of the race. Paul Bittle took the lead over from last starting position on lap 7 with Jason Essex in tow, also from a last row starting spot. Starting with 22 cars and ending with 11, the caution filled feature win went to Paul Bittle. Second place was Jason Essex, followed by Nick Layman, Kyle Jansen and Doug Smith rounding out the top five.

Street Stocks then hit the track for their second 35 lap feature event of the night. This feature, by far the most exciting of the night saw two and three wide action for the duration. Greg Brown led until five to go when he was passed by fast qualifier, Kyle Ribble. Ribble came from the 11th starting spot. He charged through traffic as 6-10th battled two and three wide. Coming home in second was Greg Brown, followed by Josh Zordan, Tom Rutherford and Keith Wilfong.

For the premier feature of the night, 18 Late Model Sportsman cars rolled onto the speedway for their 40 lap main event.  Lane Head was out for the early lead until involved in a multi-car pile-up in turn two which brought out the red flag. After cleaning up the mayhem, AJ Foote and Austin Maynard brought the field back to the green flag. Austin Maynard went on to the 40 lap feature.  Second place went to Shawn Grace followed by Kenny Head, Jerry Jansen and Terry Hard rounding out the top 5.

This Friday, May 11 will be one of the most exciting nights of the entire season.  Due to the rain on opening night, the first race this Friday will be the final 78 laps of the Intimidator 100 Presented by GT Products.  At the conclusion of that race then a full five division program will be run featuring yet another Outlaw Super Late Model feature.  Adult grandstand tickets are just $12 and kids 12 and younger are FREE!