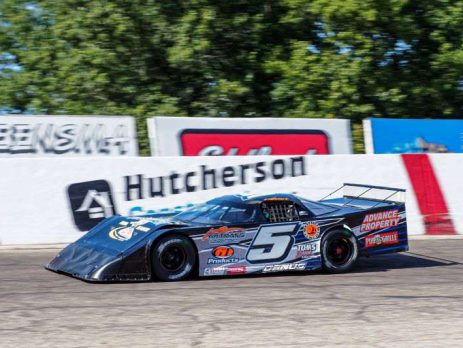 The Outlaw FWD class had two features on the schedule, as their feature last week was rained out.  In the first feature Pete Doxey drove from dead last to victory lane beating out Drew Losey, Nick Layman, Wayne Stack and Corey Woods.  John Munro finished sixth ahead of Nick Failing, Valerie Bozell, Camille Lewis and John Carr.  Adam VanAvery, who entered the night as the point leader, finished a disappointing 11th.

In the second feature Todd Metz Jr. drove to victory over Doxey, Woods, VanAvery and Layman.  Carr came home sixth ahead of Failing, Valerie Bozell, Munro and Will Slaughter.  When the final points were tallied it was Doxey claiming the title by just 11 points.

Next SATURDAY, August 31 action continues with the 13th annual “Call of the Wild”.  The event will feature the “Raceceiver Qualifying Showdown” where the fastest five cars from group qualifying will have thirty minutes to try and run the fastest lap possible.  The fastest car in the Showdown will receive a $500 bonus (and an additional $1,000 should they break the world record) with the other four contenders collecting $400, $300, $200 and $100 respectively.  For more information log onto www.kalamazoospeedway.com.