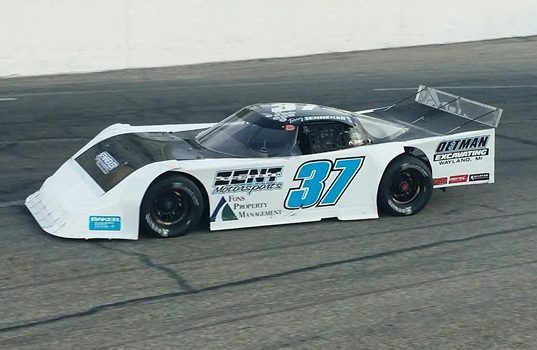 The series will consist of six events at five different tracks and will feature existing marquee Outlaw Super Late Model events.  Each track will retain complete control over their events, but the series will allow Outlaw SLM drivers to chase additional prizes including a $20,000-point fund.

Sweet Manufacturing will put up the $20,000-point fund in an attempt to get more racers at each of the six marquee events.

“Sweet Manufacturing and all of its employees are incredibly proud to be able to support the racers that support us,” said Joe Metzger, Sweet Manufacturing Sales Director.  “Randy Sweet has always shown a passion and dedication to Motorsports in general and definitely to Outlaw Late Models.”

On Saturday, July 8 the series will stay in the state of Michigan and travel to Berlin Raceway for the annual Lee Anderson Memorial.  A trip to Flat Rock Speedway for the Stan Yee Memorial on Saturday, July 22 will serve as the third race of the season.

After three races in the state of Michigan, the series will head to the Hoosier State for the Summer Sizzler on Thursday, August 3 at New Paris Speedway.

A return visit to Kalamazoo Speedway will take place on Wednesday, August 9 with the annual Kalamazoo Klash serving as the penultimate race of the season.

On Saturday, September 16 a champion will be crowned for the first-year series when it travels to Ohio’s Toledo Speedway for the Glass City 200, which will feature a 100-lap Outlaw Super Late Model race.

In addition to the $20,000-point fund, there will also be contingency awards and the top three finishers in the series will receive trophies for their efforts.

For all six races in 2017, competitors will be competing on Hoosier slick racing tires.