Brian Ross Wins Call of the Wild Presented by Raceceiver 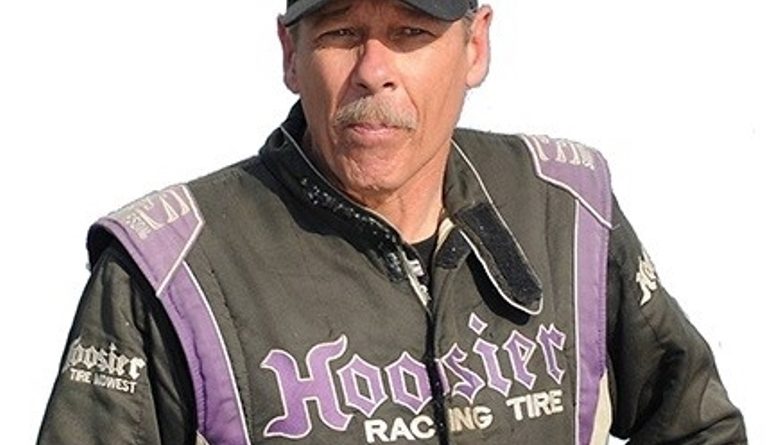 Brian Ross Wins Call of the Wild Presented by Raceceiver

Call of the Wild brings them all!!! As 147 cars crowded the pits, fans filed into the stands and together we fought off Ma Nature to start our Post Season action! After qualifying, Corey Woods found himself top of the scoreboard in the Front Wheel Drive division.  The Midwest Compact Touring Series was here in competition, making up their feature event from Opening Night.  Brandon Delacy scored fast time in that division.

Starting off feature action was the B feature for the Front Wheel Drive division. It was a slow start to the evening with a caution fever filling this feature. Results ended with John Russell winning, Ira Hosner in second, Valerie Bozell in third, Drew Ketola in fourth and Kyle Knapp rounding out the top five.

In the Midwest Compact Touring Series, their B feature started with 18 cars all competing for the win. The feature event saw one caution and two different lead changes. Once Adam VanAvery took over the lead after starting 8th, he set sail and took home the win.  Second place went to Mike Long from starting 16th. Third through fifth finished as follows: John Carr, Curtis Gray and Case Roelofs.

Moving into Rear Wheel Drive action, Josh VanDusen and Nathan Ely lead the B feature around to the green flag.  The feature saw 8 different lead changes, and three cautions.  Travis Rozner started 16th and fought his way to the front. He quickly saw the black flag for breaking out of his time.  After making a pass through the pits, he found his way back into the lead. Soon after, he received the black flag again for breaking out. Because this was his second time, he was done for the event. This gave the lead to TC Burgess. He went on to park his car in Victory Lane. Second place went to Jordan Hunderman after starting in the second to last row.  Danny Oxford finished third followed by Brent Drobney and Dylan Uminn.

The RACEceiver show down featured the top five drivers from hot laps. Unfortunately, Marc Casey who was quickest, had a hard hit in turn two during hot laps, and was unable to compete for the duration of the evening. Bradley Blackburn, Andrew Brest, AJ Foote and Brian Ross competed for the top four qualifying spots, also in pursuit of Andy Bozell’s record from 2016. His record was a 9.465 lap. AJ Foote turned the quickest lap of 11.188.

The FWD division was first to run their A feature for the evening. After three different lead changes, Don Rufener III was first under the checkered flag. A tough break for Corey Woods, who had dominated most of the race, had to give up the lead due to mechanical failure.  Second place went to Jeff Sayles followed by Robert Siegel, Jason Harmon and Collin Whitfield.

Next out was the much anticipated $2,000 to win for the Midwest Compact Touring Series.  What a race it was! Andrew Losey held the lead majority of the race until passed by Chad Curtis. Pete Doxey charged to the front to battle with Curtis. With seven laps to go, Doxey took over the lead and didn’t look back, picking up the coveted check, after flying home from Colorado to compete. Chad Curtis ended up finishing second followed by Todd Metz Jr, Adam Kryzkowski and Brandon Delacy.

As thunder and lightning roared overhead, the RWD A featured roared on the track. After several laps of 2-3 wide racing, Brian Ross, from last starting spot took over the lead. He quickly began lapping the field. As cautions continued to fly, we continued to race the weather moving in. Brian Ross was able to hold off AJ Foote for the win. Andrew Brest finished third with Jeff Bozell and Matt Sullivan rounding out the top five.

Two more Midwest Compact Touring Series features were scheduled to end the evening although Mother Nature had other ideas as the rains came and ended the event.  The ‘C’ feature was over halfway though, meaning that race was official and saw Brock Sweeter pick up the win.

This Saturday, September 8 the track will host a pit party, where drivers, team, family members and fans can join us for dinner and to celebrate several accomplishments from the 2018 season.  Dancing, singing and bench racing will end the night with the Bronk Brothers playing starting at 9:00pm.  Bring a friend, lawn chair and cooler if you wish to say goodbye to the 2018 race season!

Then on Saturday, September 15 it will be the fan favorite Night of Destruction.  This event only comes around once a year and promises to be a “can’t miss” event.  The event will feature monster trucks, trailer races, bus wars and car games plus Scarecrow’s newest stunts, bus rides, monster truck rides and much more.  The evening will conclude with a huge fireworks spectacular!