51′s By the Numbers: A Closer Look at the Kalamazoo Klash 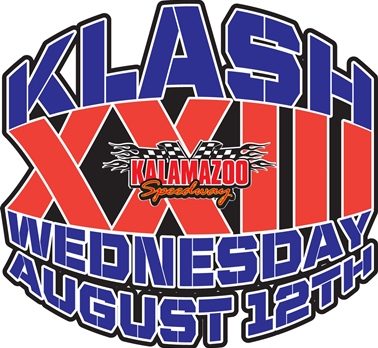 51′s By the Numbers: A Closer Look at the Kalamazoo Klash

By the Numbers: A Look at Kalamazoo Klash XXIII

4 – Both Andy Bozell and Terry Senneker Jr. have won the Outlaw portion of the Kalamazoo Klash a record four times.   Chris Orr is the only other driver to win the race more than once.

5 – Terry Senneker Jr. enters the race week looking for a fourth-straight Kalamazoo Klash win.  Not only would that be a record, but the win would also give him five overall Klash wins, which would also be a record.

8 – John Hunter Nemechek has entered the ARCA/CRA Super Series race.  He looks to become the second Snowball Derby winner to take down a win at Kalamazoo.  Kyle Busch took the honors of becoming the first in 2014.

12 – Brian Bergaker has logged five top 10 finishes in his last five starts in the Kalamazoo Klash.

23 – This will be the 23rd running of the Kalamazoo Klash. The event started back in 1993 with Andy Bozell taking down the win.

The Double:  Phil Bozell and Johny Benson are the only drivers to win both the Outlaw portion of the Kalamazoo Klash and the Klash template portion of the race.  The template race started in 2011 and it was Johnny Benson taking the win to add to his Klash win in 2006.

Knocking on the Door: The Roahrig family with dad J.R. Roahrig and son Tyler Roahrig have been so close to victory in the Klash.  J.R. was third in 2014 and fourth in 2011.  Tyler was second in both 2012 and 2013, but missed 2014 due to an injury.  He has some unfinished business at the Klash.