(Kalamazoo, MI) Windy City Promotions will be leasing the Kalamazoo Speedway on Sunday, August, 21st for the Jerry Landon Klassic. This will be the first time since 1997 that this race will be run in honor of the great Jerry Landon. The event will feature for the first time ever in the state of Michigan two sprint car groups in the same day on Asphalt.

The Must See Racing Winged Sprint Cars and Michigan Traditional Non-Winged Sprint Cars will be the Main Event for the evening. The Midwest Midgets, Midwest Compact Touring Series, and Midwest Hornets will round out the show. The Michiana Vintage Racers will also be doing an exhibition during the evening. The entire show will feature a $35K purse to bring the best open wheel racers around to the Kalamazoo Speedway.

The racing action will begin at 6:00PM sharp with gates opening at 11:30AM. We encourage all fans to get there early with qualifying starting at 4PM for the Sprint Cars. Adult General Admission is $20, Students 11-16 $10, Kids 6-10 $5, and kids 5 and under free. Please visit www.kalamazoospeedway.com or www.midwestcompacts.com for information on the upcoming event. You may also contact Andy Jach at (312)-722-4433 for any information or questions on this event. 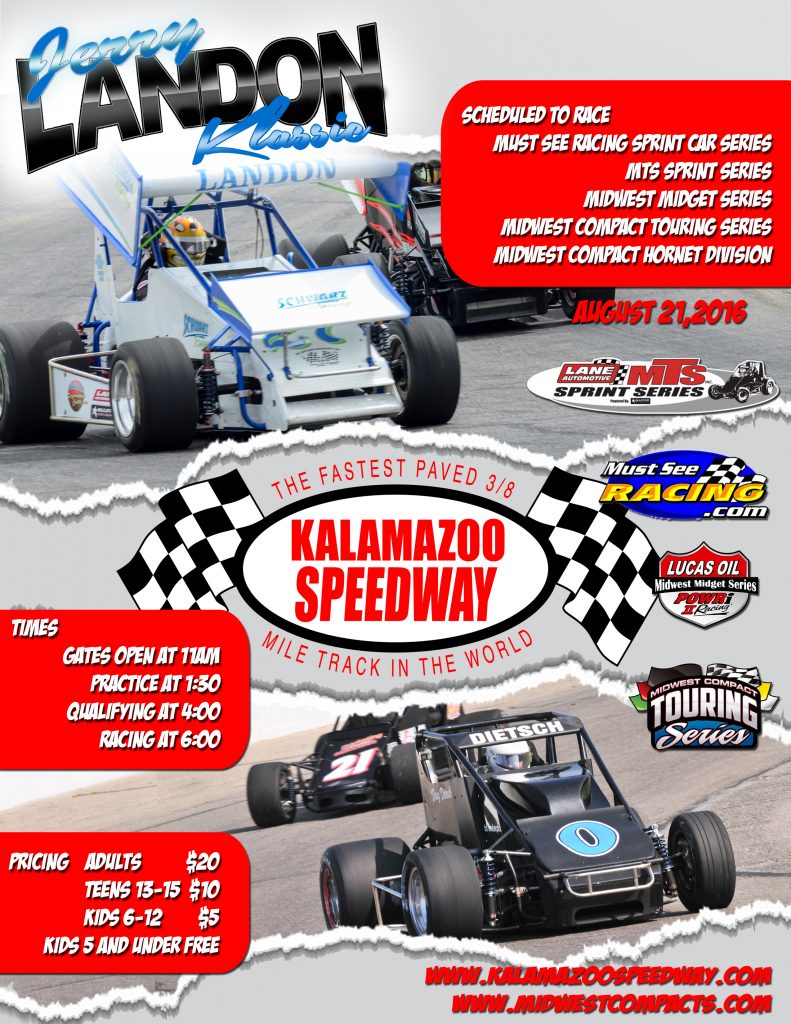