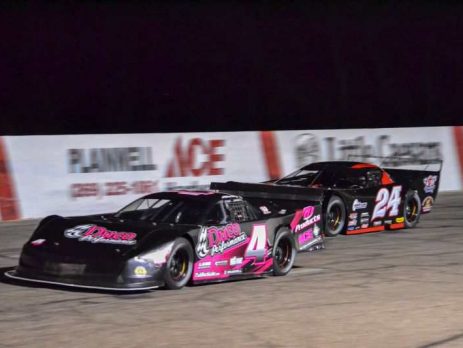 As the rules in each class clearly state, there is Absolutely No Tire Soaking or altering of the tire
of any kind allowed at Kalamazoo Speedway. It doesn’t say that teams can go down to a certain
softness or Durometer number—NO TIRE SOAKING PERIOD! We have been checking tires,
both cold and hot, and with only three short weeks into the season, we suspect this rule is not being
followed by all teams.

Effective May 24, 2019, any team will be subject to the track confiscating a tire(s) of our choice off the
driver’s car. We are in no way accusing a team or driver that they have soaked tires; we are simply
trying to keep an even playing field between all cars. If an official is sent over to a car and tells a driver
that one or more of their tires are going to be tested, the team is expected to cooperate fully without
any incidents or backlash from team members. The driver or team member will remove the chosen tire
and without allowing the tire to touch the ground, we will instruct the driver or team member to place
the tire in the back of a golf cart where it will immediately be taken to the tire barn.

In front of the tire barn, and with at least one person from the team whose tire is being tested (driver,
crew chief, car owner, etc.) present, we will follow the step-by-step directions sent to us from Blue
Ridge Lab Tire Testing. We will cut two samples out of the tread of the suspected tire with a sterile
razor blade knife and immediately seal it in an evidence bag. The sealed bag will be signed, dated (with
the time noted) by a track official; the team representative will sign off on the evidence bag as well. The
bag will then be sent to Blue Ridge Labs in Hudson, North Carolina and results will be returned to the
track within 5-8 business days. The driver of the suspected tire will be allowed to race the following
week if the results are not back yet. The results from Blue Ridge labs will be final with no exceptions—
this testing procedure is a black and white process; there will be no appeals.

Again, our rules are very clear that state Absolutely No Tire Soaking of Any Kind. The tire soak
game is not healthy, its expensive and its illegal.