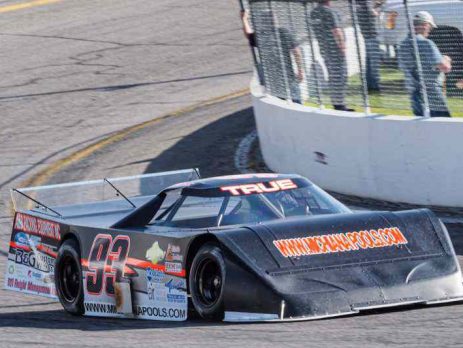 Whoever drives the first lap of any qualifying session is the registered driver of that car for the entire event. Make sure whoever is driving for the night is registered at the transponder table with the correct driver, correct car number and the correct class. If a driver misses their qualifying session and is starting scratch at the tail of a heat race, that driver will be the designated driver. A driver change may be made by first notifying officials (in person) in the infield scoring tower; however, switching driving duties back and forth is not permitted.

As a result of recent occurrences, any driver caught switching drivers without first notifying the infield scoring tower will incur the following penalties. The driver of record for the car (the driver whose name is associated with the transponder for the car) and the substitute driver (when the driver is also competing in any other race during the night) will lose all pay and points for the night. Both drivers will be suspended for the next night in which the class or classes are scheduled to race. If races are called off for the night when the suspension is scheduled to be served, the suspension will be served at the next night when the class or classes are scheduled to race. Should the rule be broken at the end of the season, the suspension will be served the following season.